Free Food and The Cold Walk by Carlos Najera

Posted on November 9, 2017 by jedwardnajera

Our old house was on C Street near Magnolia. I am not sure that it actually qualified as a house. A better word would be to call it a shack. It had a frame with 1 x 12 planks for the walls. Strips of wood covered the cracks or spaces that were in between the planks. It had no sheetrock or plaster.

Our house consisted of a kitchen and dining area, a bedroom for my parents, and another bedroom for the rest of us. My sisters slept in one bed, my brothers Frank and Henry slept together, and after my older brother Bobby left home, I had our bed all to myself.

Our outhouse was outside  in our backyard. Every once in a while John would dig a new hole and move it. We did have running water, but it too was outside and it was usually my job to fill a bucket and bring it in.

The city had electricity and many houses were wired for it, but for a long time we relied on kerosene to light our house. We rarely stayed up late. Kerosene was an expense and our family needed to be thrifty with every penny we had. Even now in my old age I go to bed when it is dark and wake up when it is light.

When we could afford it, mama would send me downtown to the feed and seed  warehouse, that was the store where farmers went for their supplies. Nowadays in our modern times we call them hardware stores.

It was still early if you went by the clock, but it was dark and gloomy outside. The late afternoon sun was hidden by a thick fog bank that covered the coast. I walked the few blocks to the downtown area. All I had to warm me was an old sweater that was mostly full of holes. It was Bobby’s when he was still at home. It has been a couple of years since he went off on his own, plenty of time for the moths to have a grand old time eating it up.

I was beginning to feel the chill of that November afternoon as I walked inside the store with my can. I gave the man the handful of coins my mama handed me and he filled up my can with the kerosene.

On my way back home I could smell pork chops that someone was cooking for dinner. I could tell by the wonderful smells what everyone was having that night. I also knew what my mama was cooking, frijole beans with verdulagas on the side. 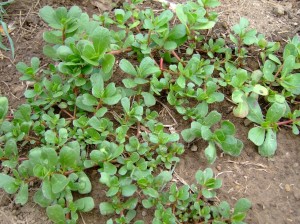 Sometimes I have seen verdulagas in the markets especially in the local stores that served mainly the Mexican people. In our town it grows like a weed. John and I and the girls, went around the empty lots and picked bunches of it for dinner. Free food!

I remember stopping in front of one house on the way home. It was dark by now. The people left their curtains open. The inside of the house was bright with their electric lights. They had a nice fire glowing in their fireplace.  The father and his children were sitting in front of the fire. I stood outside looking in and shivering with the can of kerosene in my hand.  I stood there until the chill finally got to me and made it back home to the kitchen that was lit by a candle.

I am an artist and a Poet. I live the life of a poet. I published several novels. Nena the Fairy and the Iron Rose, Dust of the Moon are among them, available through Amazon Books. I have spent over thirty five years in a classroom. I am now retired from that profession. My father kept a living record of his lifetime as he lived through the Twentieth Century. He was born in 1908 and almost lived long enough to see us enter the new millennium. He entrusted to me nearly 400 pages that he wrote through the years. Now I am continuing the tradition by posting my own stories and misadventures. I am trying to post a new entry or chapter each Friday. Check in on us at least once a week for the latest post.
View all posts by jedwardnajera →
This entry was posted in autobiography, California History, Oxnard and tagged California, family. Bookmark the permalink.